They had apparently escaped through the chicken wire that was at the bottom of the worm box. Or had been eaten by birds that were attracted to the raw egg yolks. My burgeoning worm empire was officially out of business. I told my parents that being a worm farmer was kind of boring anyway, but the truth was that I felt bad about failing. If Thomas Edison was still alive, he could have stopped by my house and encouraged me with his perspective on failure:.

He was probably too busy working on other stuff, though, because, like Gandhi, he never did stop by my house. Maybe they were too busy hanging out with each other. My mom and dad each emigrated from Taiwan to the United States in order to attend graduate school at the University of Illinois, where they met and got married. Although I was born in Illinois, my only memories of that period of my life were jumping off a diving board that was twelve feet high and catching fireflies. Early memories are always a blur, but I believe those were actually two separate memories, as I find it unlikely that as a two-year-old I would have been able to actually catch a firefly while in midair.

We lived in Lucas Valley. Our house was about a twenty-minute drive from Skywalker Ranch, where George Lucas of Star Wars fame lived and ran his movie business from. My parents were your typical Asian American parents. My dad was a chemical engineer for Chevron, and my mom was a social worker. They had high expectations in terms of academic performance for myself as well as for my two younger brothers. Andy was two years younger than me, and four years after moving to California, my youngest brother David was born.

That was just part of the Asian culture: The accomplishments of the children were the trophies that many parents defined their own success and status by. We were the ultimate scorecard. The most important part of all of this was which college your child ended up attending. Harvard yielded the most prestigious bragging rights. Category 3 was musical instrument mastery: Almost every Asian child was forced to learn either piano or violin or both, and at each of the gatherings, the children had to perform in front of the group of parents after dinner was over.


This was ostensibly to entertain the parents, but really it was a way for parents to compare their kids with each other. My parents, just like the other Asian parents, were pretty strict in raising me so that we could win in all three categories. I was only allowed to watch one hour of TV every week. The SAT is a standardized test that is typically only taken once, toward the end of high school, as part of the college application process.

But my parents wanted me to start preparing for it when I was in sixth grade. In middle school, I ended up playing four different musical instruments: piano, violin, trumpet, and French horn. During the school year, I was supposed to practice each of them for thirty minutes every day if it was a weekday, and an hour per instrument on Saturdays and Sundays. During the summer, it was an hour per instrument per day, which I believe should be classified as a form of cruel and unusual punishment for kids who want to experience the vacation part of summer vacation.

So I figured out a way to still enjoy my weekends and summer vacations. I would wake up early at AM , while my parents were still sleeping, and go downstairs to where the piano was.

Instead of actually playing the piano, I would use a tape recorder and play back an hour-long session that I had recorded earlier. Then, at AM , I would go up to my room, lock the door, and replay an hour-long recording of me playing the violin. As you can imagine, my piano and violin teachers could not understand why I showed no improvement every time they saw me during my weekly lessons.

I think they just thought I was a slow learner. I should probably pay her back for all the money she spent on my piano and violin lessons. M y parents, especially my mom, had high hopes that I would eventually go to medical school or get a PhD. They believed that formalized education was the most important thing, but to me, having the first twenty-five years of my life already mapped out seemed too regimented and stifling.

I was much more interested in running my own business and figuring out different ways to make money. When I was growing up, my parents always told me not to worry about making money so that I could focus on my academics. They also told me they would buy whatever clothes I wanted.

Delivering Happiness, One Culture at a Time.

Luckily for them, I never had any fashion sense, so I never asked for much. I always fantasized about making money, because to me, money meant that later on in life I would have the freedom to do whatever I wanted. The idea of one day running my own company also meant that I could be creative and eventually live life on my own terms. I did a lot of garage sales during my elementary school years. We ended up making more money selling lemonade than anything else from the garage sale.

In middle school, I looked for other ways to make money.

I had a newspaper route, but I soon discovered that being an independent contractor delivering newspapers on my bike was really just a way for the local newspaper to get around child labor laws. I quit my paper route and decided to make my own newsletter instead. Each issue contained about twenty pages of stories I wrote, word puzzles, and jokes. I sold four copies to my friends in middle school. I figured I either needed to make more friends who could afford to buy my newsletter, or needed to figure out another revenue stream. When he said yes, I knew I was on to something.

Full of confidence after my first sale, I went to the businesses that were next door to the barber and asked if they wanted to advertise in what was sure to be the next newsletter sensation to sweep the country, or at least the county. Everyone said no, but they said it in the most polite way possible. A few weeks later, I put out the second issue of The Gobbler.

This time, I only sold two copies. My favorite section was at the very back—a classified ads section for ordering fantastic things that I never even knew existed but knew I had to have one day. But what interested me the most was the full-page ad on the back of the magazine, which showed all sorts of prizes you could earn by selling greeting cards.

It seemed so easy: just go around the neighborhood door-to-door, sell some Christmas cards which everyone needed, the ad assured me , earn lots of points, and redeem the points for that skateboard or toy I never had but now wanted.


So I decided to order some sample greeting cards and a catalog, which arrived within a week. I was still on summer vacation, so I had plenty of time to go door-to-door. I showed the woman who answered the door the catalog of all the different varieties of Christmas cards. I thought she had a valid point. I felt stupid trying to sell Christmas cards in August, so that also ended up being my last stop. I n elementary school, I had a best friend named Gustav. During one of my visits to his house, he let me borrow a book called Free Stuff for Kids.

It was the greatest book ever. Inside were hundreds of offers for free and up-to-a-dollar items that kids could order, including things like free maps, cent pens, free bumper stickers, and free samples of products. Gustav and I went through the book and ordered all the items that we thought were cool. The kit allowed you to convert any photo or piece of paper into a pin-on button that you could then wear on your shirt.

The cost of the parts to make the button was 25 cents per button.

I went to my bookshelf and grabbed the book I had borrowed from Gustav years earlier and never returned, and looked through it to see if any of the companies in the book were already offering photo pin-on buttons. I would turn it into a pin-on button, and then send it back in the SASE. My profit would be 75 cents per order. A couple of months later, I received a letter back from the publisher. They said my offer had been selected to be included in the next edition of the book.

They had heard me talk before about how much money I would make selling a hundred copies of The Gobbler, or how much I would get from getting a hundred orders of greeting cards. But I was still getting good grades in school, so I think they thought of allowing me to order the button-making kit and parts as more of a reward for that. A couple of months later, I got a copy of the new edition of the book. It was pretty cool to see my home address in print, in a real book.

I showed the book to my parents, and anxiously waited for the first order to come in. 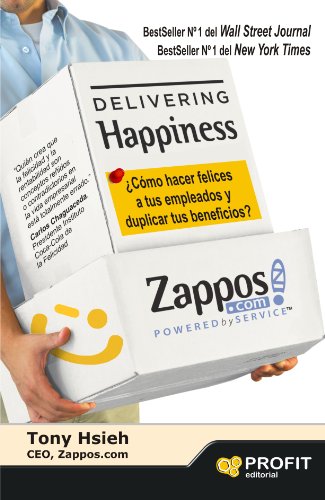 The mailman for our neighborhood always went on the same route to deliver mail. Our house was near the bottom of a hill, and he would start his route at the bottom on the opposite side of the street, go up the hill, turn around, and then come back down the hill. So anytime I heard the mail truck on the opposite side of the street, I knew the mail would be delivered exactly twelve minutes later to our house, and I would wait outside the house for him to arrive. Usually this would happen at around PM. Two weeks after the book was published, I received my first order. I opened the envelope, and inside was a picture of a twelve-year-old girl in a red plaid dress holding a French poodle.

More importantly, there was a dollar bill inside. I was officially in business! I turned the photo into a button and sent it back in the self-addressed stamped envelope. Our signature day service proven to align your team and grow your business. Interactive day workshops designed to tackle specific culture challenges head-on.